I was a fervent lover of baseball as a kid. Growing up in Colorado meant we had no access to Major League Baseball games, so I never attended a game until many years later. The nearest team was in St. Louis, and I can remember listening to games at night on a transistor radio. It wasn’t always a clear signal, but through the static, I could usually pick up KMOX, and they broadcast the Cardinals’ games. Normally, I hid under a blanket because it was past bedtime and if my mother heard the radio, she would make me turn it off.

You might think I cheered for the Red Birds, and I did like Stan Musial, but for some reason, I was a die-hard Yankee fan. Like half the boys in my generation, my hero was Mickey Mantle. In 1962, when my brother was born, I lobbied hard for my parents to name him Mickey Roger Austin because of the epic home run duel Mickey Mantle and Roger Maris were involved with the previous summer. My efforts were in vain, and my brother carries the name Steve Austin (not the famous one).

I loved everything about Mickey Mantle. One of the first things I did every morning was tear through the sports page and find the box scores just to see how he did the day before. I never saw him play except for the occasional Saturday Game of the Week when the Yankees happened to play. I knew everything a 12-year-old boy could know about someone back in those pre-Internet times.

Many years later, I learned the Mickey had an alcohol problem and that he liked to party, getting by on the verge of constantly being disciplined by the team. I didn’t know that, and I might not have believed it at the time. He was my hero. By the way, heroes will always disappoint us.

I have had other heroes over the years.

When I was a pastor far away from colleagues and libraries, I stumbled across a radio program called “Grace to You.” I loved the music at the beginning and end of the program— “Oh How He Loves You and Me.” I still catch myself singing it at times. The heart of the program was the preaching of John MacArthur, and for a young preacher thirsting for good Bible study, he was a life saver. I bought his books, followed his notes, used his material for my own sermon research. If I’m going to be totally honest, I’m sure I even preached a few of his sermons. He wasn’t a great preacher, but I thought he was an amazing teacher. He was a hero for me. END_OF_DOCUMENT_TOKEN_TO_BE_REPLACED

It is a fundamental New Testament principle that for a church to function properly, every member has a role to fulfill. For a period of time when we were a part of a group of believers calling ourselves, “Bread Fellowship,” I had several responsibilities, not the least of which was to provide the bread for our weekly communion observance. During our history, we tried several different approaches, but it seems the one that worked the best was for me to simply bring a small loaf of bread.

I am not unfamiliar with the workings of the Lord’s Supper. When I was a young child after our church observed the Supper, my sister and I would finish off the juice and bread that was leftover. I’m sure we were allowed to do this because my mother has never thrown away anything in her life. We always considered it a treat to be able to recreate the event before being hustled off to bed on Sunday night. I will confess now that I always hoped for a small crowd at church since that meant more leftovers for us later.

Early in ministry, it was necessary for me to begin developing a theology of the Lord’s Supper. I grew up in Colorado where my father had been a tenured pastor and a highly influential patriarch in the denomination. After graduating from college in Texas, I enrolled in seminary in Louisville, Kentucky. The expectation was that upon completion I would return to Colorado to serve as a pastor. Daddy was in a position to make that happen.

As seminary graduation approached, Daddy called and asked if I wanted to pastor a church in Colorado. After assuring him that was my plan, he mailed an information form that he would share with some available churches, and everything would be smooth. In addition to personal information, the form asked for my opinion on two issues—Baptism and the Lord’s Supper.

I knew that my position on the Lord’s Supper differed from my father, but he had also taught me to stand up for what I believed. I did and mailed it back to him. Since I was writing papers and reading textbooks, I didn’t give the information form much thought until it came back to me via the mail, along with a handwritten letter from my Dad. He asked me to change my answers to the two questions, and he would find a church for me. When I tell this story, people think I should have been surprised or offended or perhaps even insulted, but I wasn’t. Not only did Daddy teach me to stand up for what I believed, but he also taught me to expect the same from him. After I told him I couldn’t change my answers my fate was sealed. I never did serve a church in Colorado. The good news is that neither Daddy nor I had a problem with the interaction. Our relationship was not affected.

Instead, my incorrect Lord’s Supper theology led me to the Texas panhandle where I held the position of pastor for thirteen years. Being the pastor of the same church for thirteen years, I organized the Lord’s Supper in every way imaginable to avoid falling into a meaningless routine. One of the most memorable times was provided by an unexpected source. We had a young mother, Rosalinda, who gave her life to Jesus one evening in her home. She and her children began attending church every week, always sitting on the front row. She was growing in her faith every Sunday.

END_OF_DOCUMENT_TOKEN_TO_BE_REPLACED

The Southern Baptist Convention: One Step Forward and Two Steps Back

For the majority of my life, I considered myself a Southern Baptist. I was proud to be so identified, and even spent a great deal of my time and energy promoting the work of the SBC. That ended a few years back, so if you want to claim that I’m not qualified to speak on this subject, I’m willing to accept your criticism. But, I will speak anyway. 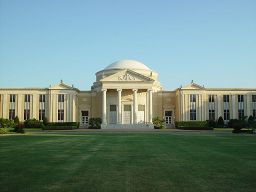 This morning, I saw the announcement that the Trustees at Southwestern Baptist Theological Seminary finished what they started (and should have finished) last week—terminating their relationship with Paige Patterson. To be honest, this should have been done a decade ago since the incident that precipitated their action occurred that long ago. Any objective observer who didn’t have the need for Patterson’s tenacity to fight other unrelated battles knew that his actions and attitude disqualified him for the position.

However, it took ten years for the Trustees to see the need to nudge him aside, and then another, even more, disturbing revelation, to realize he needed to be gone entirely. It was a slow, hesitant step, but at least it was a step forward. Probably too little too late but at least a move in the right direction.

Then two steps back.

A sizable number of Southern Baptist leaders were accepting of the Trustees’ original move to nudge Patterson aside and even celebrated that he would be allowed to hang around and enjoy the seminary’s generosity. Talk about being tone deaf. Many failed to recognize that his attitude and actions were a problem. It’s like they were saying, “Ok, in order to hold off bad publicity, we’ll make it look like we solved a problem even though we don’t really think it’s a problem.”

I don’t know for sure, but I suspect some of these are the same people who think Donald Trump’s sexual dalliances don’t matter and that the women involved in the #metoo movement should just shut up. Their continued support for Patterson was one step back for the SBC.

Step number two was taken by Al Mohler. Mohler appeared as the new President of Southern Baptist Theological Seminary in Louisville about 25 years ago—a few years after I graduated. Since that time, he has become one of the leading voices for the Southern Baptist Convention.